Hey! I hope you are safe, the weather is pretty turbulent out here. Almost as turbulent as Tik Tok’s story today. One might say Microsoft has found a Window of opportunity here. By the way did you know about the guy who traded his way from a paperclip to a house?

Anyway, deflections aside, here are some of the stuff that made the rounds in Canvs this week:

What has marked the end of a massive milestone for man and the start of a hopefully glorious future, astronauts (astrodads) Bob and Doug made a splashdown in the Gulf of Mexico after spending around 62 days on the ISS using SpaceX’s Crew Dragon as the transport method to make the trip. By the way here’s the experience of the astronauts while returning.

Microsoft wants Tik-Tok US (Why?) 🇺🇸

Clearly MS has had it’s trouble with the Mobile revolution has tried to play catch up for a while. Tik-Tok would give Microsoft a fantastic window of opportunity. Microsoft has been long known to harvest usability data from it’s products(Like Kinect) to build better and more complex products (like Hololens). Tik Tok has been famous (notorious?) for being able to capture in app usage analytics like gestures etc which one would say is definitely a big play for building products for the growing generation.

Also read : US wants a pie of the deal. (Ofcourse it does)

Our entire history on a timeline ⏲️

This super cool product has mapped all important events of mankind’s history as dots on a horizontal timeline and defaults with a period of 400 yrs. You can change that. You can’t change history though.

On July 15, Twitter descended into chaos when hackers targeted 130 accounts of some of the most prominent people in the world—such as Bill Gates, Elon Musk, and Joe Biden—and promoted a cryptocurrency scam that netted the hackers (3 teenagers) more than $100,000. Twitter released a fuller assessment of what it believed happened that day, and the steps it’s taking to prevent another attack.

Legend behind I ❤️ NY is no more

A retrospective about Milton Glaser, the mind behind the world famous ‘I ♥ NY’ design who died this past Friday at age 91.

How the Pandemic is reshaping Architecture 🦠

In the same way that the global Tuberculosis outbreak spawned(did you know this?) the birth of modernist architecture (rigid, long windows, light-coloured rooms and wide roof terraces) in the mid-1930s, the early 2020s are seeing a growing requirement for new types of architectural structures.

A beautiful article by the Google Design team on how colours can make you feel beyond simple the spectrum of what is visible.

Affordances are key concept needed to build products that are intuitive and easy to use, fully understanding the relationship between the human mind and technology is crucial. From the initial ‘folders’ and ‘links’ to the Hamburger menu; affordances has come a long way in guiding the user to interact with design. Article takes a closer look at the journey and its importance.

NYT columnists Sophie Haigney talks about the new wave and the changing meaning of product design we are observing, along with what we can expect in the future considering these new requirements for “touchless hardware” in the world ( don’t forget strong tinge of sarcasm).

See you next week. Stay Safe! Do let your friends know about D&T if they’d be interested!
Canvs Club 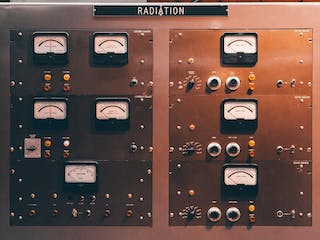 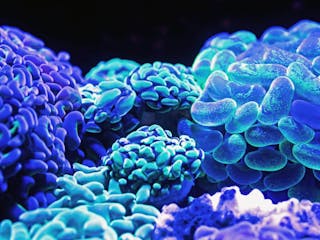