Google vs US Govt, a16z on Data, Journalist Toolset from Google, The gaming universe and Crypto on Paypal

Hello fellow human going through an unprecedented time that has been progressively normalized by the gradual and unnoticeable adaptation of our mind to its immediate environment.

Here are the reads for this fateful week.

Post the late 90s Microsoft deposition, this is possibly poised to be the biggest antitrust deposition at play. Bigger than Microsoft’s. The staggering influence of big tech on commerce, culture, politics and social affairs has been a bipartisan issue for a good while and this lawsuit was long due. This happened this Tuesday, something completely worth following given the impact this shall have on the world. As folks from the US’ DoJ say, nothing apparently is off the table.

A long but highly insightful read around the types of data products existing in the market today from an infrastructural design PoV. This piece revolves around modern data processing architectures, capabilities, architecture designs, emerging domains and the applications of AI.

Doubling down on its efforts to reduce misinformation on the web, Google has launched a new program called Journalist Studio. This gives journalists and reporters access to tech that helps in collaboration, maintaining an open data repo, aiding investigative journalism, processing data in various formats etc. It shall also employ AI to do pattern recognition etc allowing understaffed shops to leverage such tech at which they typically miss due lack of resources.

AR for windshields without glasses! 🚘

Envisics has developed a headset-free, in-car holography system that can give drivers an Augmented Reality Heads-Up Display. One of the biggest challenges for makers of AR headsets is people moving their heads, which is less of a problem in cars. Envisics’ Retina-grade displays can produce sharp and clear images three to four times the resolution of the human eye. Its first-generation displays are available in current Jaguar Land Rovers and the second-generation version will appear in GM’s Cadillac Lyriq in 2023. A one-minute video is available in the article that demonstrates some functions of Envisics’ AR HUD.

The Holy Grail but just a little further away. Scientists have finally found a chemical which displays superconductivity at room temp, around 15 degree Celsius. The catch is it is at very high pressure. Superconductivity has earlier been shown in materials at super low temperatures which aren’t generally replicable. This is a huge breakthrough!

Who is the Gamer? Super pick. Interactive experience. 🎮

A brilliant interactive product by Activision Blizzard made for anyone to dive in and understand the gaming community and its motivations. This interactive tour of an art gallery with various pieces has audio-visual responses and takes the viewer through the various aspects of the gaming universe.

Test-driving Open Pilot: the entry-level autonomy device for your car 🚗

OpenPilot is an open-source autonomous driving project from a small, California-based startup called Comma AI. It is supported by a strong community, with active users and staff ready to help solve problems.
It is basically a windshield-mounted device with a harness to send gas, braking, and steering controls to the vehicle’s various computers.

3 qualities of a great product : The Kano Model 📚

A well-written piece around the suggestion made by the Kano model that a great product essentially has three feature descriptors: Basics, Satisfiers and Delighters. Great read for product managers!

A beautiful tool + game made by Google to allow businesses to adapt themselves to potential new markets. It asks for your online product and scans it. Then through an adorably simply flight game that allows you to rake in points this tool teaches you operational basics around navigating specific overseas markets.

Tesla is launching the fully self-driving version of the electric car after having written its entire code from scratch. The company plans to roll FSD as a subscription plan and hasn’t released what customer groups will it release the car to. They have however said their beta will be for only extremely careful drivers.

Hope you’ve been stacking up your BTC, because PayPal is now going to enable buying selling of crypto on its platform starting early 2021. The move was made to encourage its global network to dabble in virtual currency in order to prepare for a new age of digital currencies which could be introduced by central banks globally.

Until next week. Stay Safe! 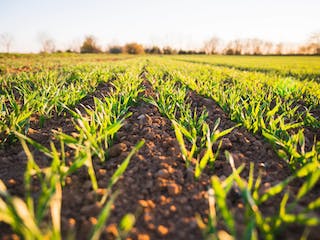 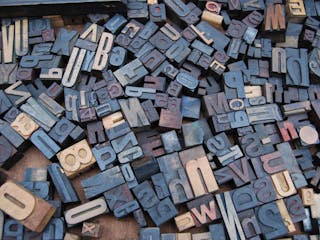