India’s ‘Missed Call’ Industry, The Evolution of Google Maps and the Summer for Indian Startups

Hi there!
Hope you’re having a splendid week thus far.
Facebook’s (well, their users) having a rough one with the recent data breach of over 500 million users on their platform, we’d like to say we’re surprised but that’s a conversation for a later day.
Besides, it seems like far better time spent knowing if you were one of the hacked.

Note: For any articles behind the paywall, open them on an incognito/private window and you should be good to go.

Don’t pick up! India’s ‘missed call’ culture and the (now defunct) industry around it 📞

In the age of expensive data, missed calls became more than just a cheap way to communicate. But in India, technology moves faster than you’d think.

Claire Díaz-Ortiz, the woman who got the Pope on Twitter, has a plan to get women investing in women.

As Netflix funds original, localized TV and movies, it could help shift our perceptions of places we may never visit.

Unionizing Amazon warehouses was never going to be easy 💪

Amazon beat the Bessemer union drive thanks to the hard realities of US labour politics.

The evolution of Google Maps colours – A case study 🗺️

It’s almost impossible to think of a time before we could enter an address into our smartphones and just go. Since its release in 2005, Google Maps have evolved and adapted to the wants and needs of our fast-paced and ever-changing society.

NFTs could usher in a ‘creative and artistic renaissance’ 🌟

The emergence of NFTs will trigger a wave of artistic innovation and allow creatives to sell avant-garde work directly to customers, according to digital designers.

Gamestop and bitcoin renew a push to digitze the stock market 🏦

‘Master,’ ‘Slave’ and the fight over offensive terms in computing 🖥️

Nearly a year after the Internet Engineering Task Force took up a plan to replace words that could be considered racist, the debate is still raging.

A Comprehensive timeline of mathematics 🧮

This interactive timeline gives you a deep and culturally/chronologically contextualised view of Mathematics over the past four centuries.

Western fears of Chinese political influence are overshadowing the real story behind Brazil’s “sudden” approval of Huawei bids to build its 5G network.

And that’s the lot! Thanks for checking out what we had to share with you this week, we shall catch up with you next Wednesday. 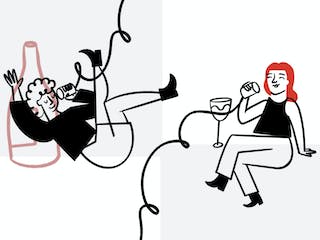 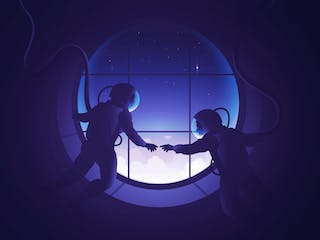