Pegasus, Windows 365 and a Fraud on the Farm

Hi there!
Hope you’re having a splendid week thus far.

Yesterday, Jeff Bezos, with a few others alongside, took a ride to space in his hilariously suggestive rocket ship. This wasn’t however received without its fair share of blazing criticism, to whom even Jeff declared were, “largely right.”

Note: For any articles behind the paywall, open them on an incognito/private window and you should be good to go. Also, if you haven’t subscribed to the newsletter, you could subscribe to it here.

From our very own Canvs Editorial: A/B testing is essentially presenting different content versions to different users, gaining insights on which version performs better, and using those results to strategise further improvements.

Windows 365: The version of Windows that will change the PC world 🌎

Microsoft’s announcement this week of Windows 365 points the way to a computing future that could look very different from what we have now.

The company says it is “closely monitoring gambling content,” but legal experts told WIRED that some promotions may be illegal.

The cost of placing Pegasus in phones runs into crores 💰

NSO maintains that it sells its technologies solely to law enforcement and intelligence agencies of “vetted governments” for the purpose of “preventing criminal and terror acts”.

Sparkbox, a web design and development studio, directed this survey. This year’s survey was shared for four weeks across social media platforms, in Slack channels, with visitors on The Foundry, and in emails to web professionals.

Fraud on the Farm: How a baby-faced CEO turned a Farmville clone into a massive Ponzi scheme 🌾

Sure, they have more time and productivity is up. But there are also deeply personal reasons employees don’t want to go back to work as it was.

The technology is here to stay, but with the more mainstream adoption come design challenges that were until now unsolved.

Honorary mentions
Polishing up emoji and making them easier to share 😇
Netflix vs. decision fatigue: How to solve the paradox of choice 🍿
How to Watch the 2021 Olympics 📺

And that’s the lot! Thanks for checking out what we had to share with you this week, we shall catch up with you next Wednesday. Incase you aren’t subscribed to the newsletter, you could subscribe to it here 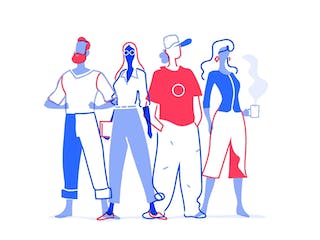 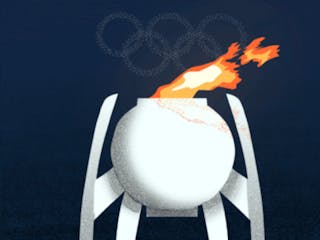